We don't have any information about upcoming shows for Ben Howard in United States yet.

Drawing influences from 70's folk music, Ben Howards rose to music prominence in 2011. The British born singer, songwriter, and producer is a capricious artist that's been filling clubs and beach fronts with his music way before he became noticed in late 2011 after the release of his "Every Kingdom" album. Known within the community for his soulful voice, his music is filled with passion adding fire to the beating heart. Backed by his skillful acoustic guitar, Ben paints amazing musical pictures for which he was awarded two prizes at the 2013 Brit Awards. His music was supposed to project the surf vibe, but instead, he managed to awake inner loving emotions through his music. He's been present at the famous Glastonbury festival in 2013 as well as in 2015, and festival appearances didn't stop there, continued to tour the world! 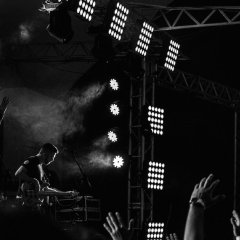