We don't have any information about upcoming shows for Project Pablo in United States yet.

Hailing from Montreal, Canada, Patrick Holland is a DJ and producer that's been cultivating a robust musical repertoire ever since his 2015 I "Want to Believeand" release. With music collections that are like energy stimuli, Project Pablo is developing strictly entertaining sets. Often laid-back dubby and still with a lot of enthusiasm at its core, Project Pablo's sound is a real delight when spread through the club or festival speakers. Housey most of the time, and with influences from different sub-genres, Project's sound appearances warrants an untamed dancefloor enjoyment. His enjoyment and passion for moody articulate bands such as Dave Matthews Band and Radiohead helped him create a unique sound once he endeavored on the electronic music path. With releases on his own ASL Singles Club and Sounds Of Beaubien Ouest labels, Project Pablo has made a clear statement that his tracks unveil a timeless symbol. 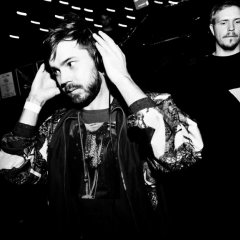