We don't have any information about upcoming shows for Ariana Grande in United States yet.

Kid teen idol Ariana Grade was a Nickelodeon star before taking over the pop world with her plastic clicking R&B and pop sound. She's the symbol of a supreme pop queen, and starting with 2014, she released "My Everything" or "Dangerous Woman" that were top-charting studio hits. She's taken the US and UK charts hostage with pop anthems like "One Last Time" or "Side To Side". Followed and streamed over a billion times, Ariana Grande creates a look that most girls and teenagers resonate with. She's the teenage gild that gets the world wrapped around her finger, and her music is on a similar note. In 2019 she won her first Grammy award for "Sweetener" after countless nominations, but that's not all. Her popularity and garnished sound helped her break 8 Guinness World records. For an artist with such a large following, her music disperses online with ease! 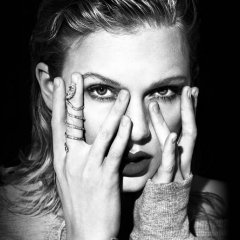